Twenty years ago, in 2000, the average rate for Under Fives drowning was 12 children per year. Of these, there were an average of eight (67%) who drowned around the home environment which includes baths, pools, buckets and other vessels.

Eleven years on, In 2011, the average rate had dropped to eight per year, with five (63%) of these occurring around the home.

But in 2011 there were 12 Under Five drownings and this led to the water safety and child safety sectors collectively devising initiatives which would have more impact on drowning prevention. As a result, a partnership with Plunket was established and the Bathmats ‘within arm’s reach' campaign was established. 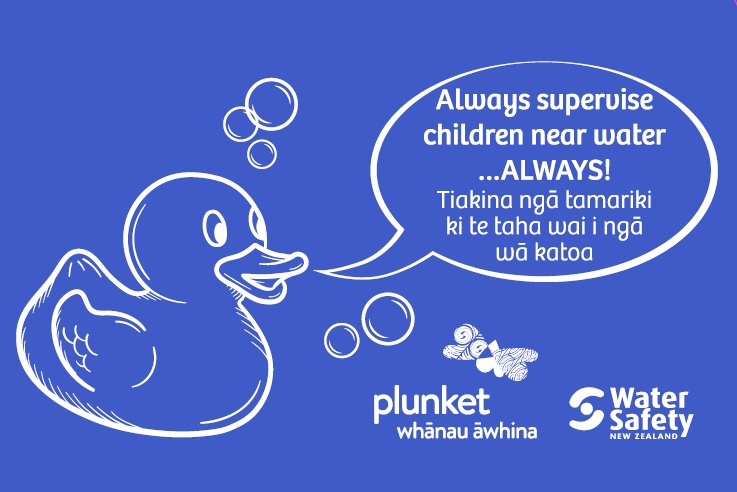 This campaign was targeted at parents of five month old babies, and delivered to them at the Plunket Core 4 check up (the time when baby is beginning to sit alone). Water safety is a key message of Plunket and is promoted at most Plunket visits.

In 2019, the average rate for Under Five drownings was four per year, of which two (50%) occurred in the home environment.

In the last five years (2015-2019), there has been one bath drowning of an Under Five. In this time, there have been 10 home pool drowning deaths and 10 Inland Still Waters (ponds, lakes, drains) drowning deaths.

In twenty years it appears the dangerous environments for children Under Five has shifted from in and around the home, to waters in the natural environment a short distance from the home.

Here's 8 ways to keep babies and toddlers safe around water. Introducing children to water in ‘fun’ ways, in the familiar surroundings of their own home can help children learn to enjoy water safely throughout their lives. Start this from birth. Keep Reading

Keep baby safe with a Bathmat

Always use your Plunket Bathmat when bathing and be water safe.

Water Safety Around the Home

Your undivided attention when your child is around water could be the difference between , memorable, special bonding times - or tragedy.

Water Safety New Zealand is pleased to be partnering with Protector Aluminium promoting water safety around the home. Our messages are simple:

+ Text Size -
Do NOT follow this link or you will be banned from the server!