These 2017 preventable drowning fatalities have been revised from the provision figures previously published on this website. They also include hospitalisations for 2017.

In 2017 there were 92 recreational (intending to be in the water) and non-recreational (no intention of being in the water) preventable drowning fatalities. The following analysis of fatalities is based on these 92 incidents in 2017 which represent an increase of 10, or 12%, compared to 2016.

While we have had an increase in fatalities versus 2016, an analysis of the past five year rolling averages indicates a plateauing of preventable drowning fatalities against an increasing population, high tourism and immigration, and growth in recreational activity.

Recreation in, on and around the water is a natural and popular past time for millions of New Zealanders.  As an island nation, our beaches, rivers and lakes are some of the most magnificent in the world. A moderate climate, accessible waterways and public and residential pools provide ample opportunities for Kiwis and tourists alike to swim, play, participate in water sports and activities and go boating and fishing year round. This is part of the quintessential Kiwi lifestyle.

With any water comes risk and sadly every year far too many people lose their lives or are injured in, on or around the water. The tragedy is that most drownings and injuries are preventable.

This report details the 2017 preventable drowning fatalities by region, age, gender, ethnicity, environment and activity with an overall summary at the rear of the document comparing 2017 with the five average 2012 – 2016. 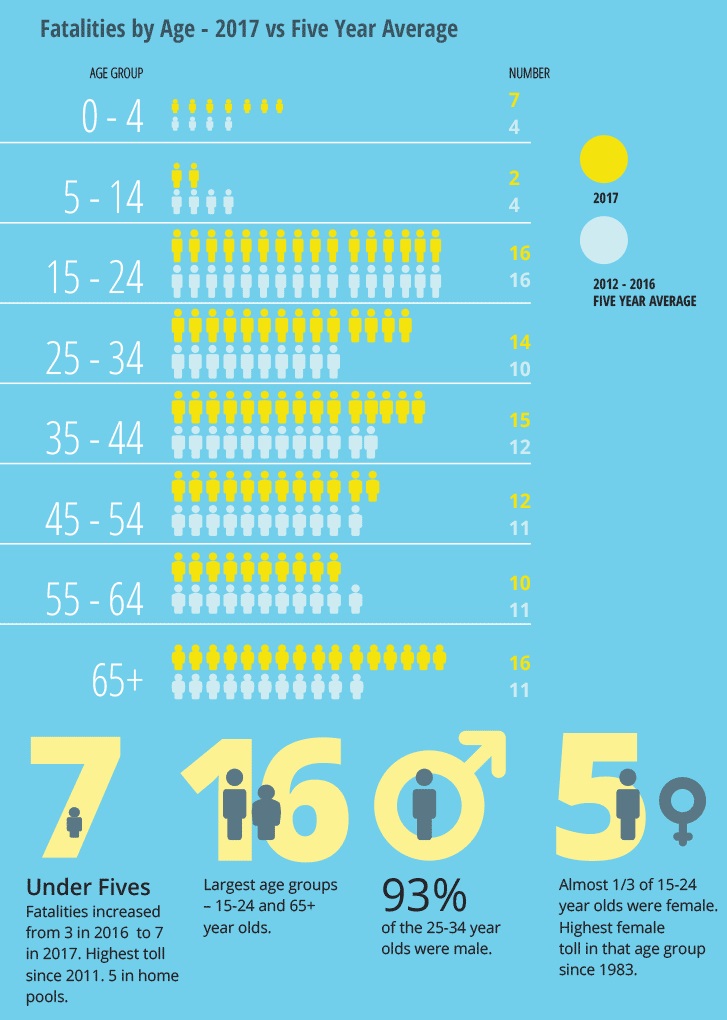 2017 Preventable Drowning Fatalities
+ Text Size -
Do NOT follow this link or you will be banned from the site!